Zombsroyale.io is an interesting multipurpose game that is based on the PUBG and Fortnite games. this game is the latest browser game with a battle concept. You can play this game if you love a shooting game. the player is equipped with a loaded weapon to shoot down the opponents while moving forward in the game.

The gameplay is about 100 players playing to win the battle royale game with the highest score. The objective is to stay until the end while killing your rivals. The last person who stays in the game is declared as a winner.

People who love playing games based on shooting will find this game exciting and worthy. With a huge gaming area where you can choose your own landing is definitely a great choice to play. Controls are WASD to move in the map and mouse right and left clicks.

You can play Zombsroyale.io on your web browser. Moreover, it is available on Apple and Google play store. 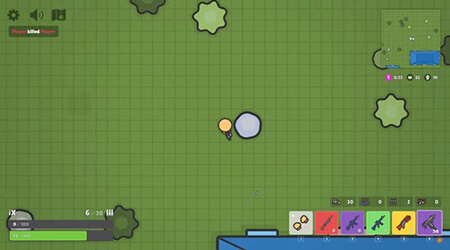