You will enjoy the cut-throat competitions in the FlappyRoyale.io game.

There are two different game modes of FlappyRoyale.io. They are given here:

This game mode is available to all people in the game and can be enjoyed by novice and avid gamers together. In this game mode, you can enjoy the game with anyone in the world.

2- Play with Friends or Family Members

The game can also be played with friends. You will have to add them to the game first. Then, you can enjoy the game tremendously with your friends and family members.

How to Play FlappyRoyale.io Game

The game is really easy to play but it is difficult to be first in the game because opponents raise the level of the challenge The controls of the game are not hard to play. The controls are the left mouse button and Space Bar. You can play the FlappyRoyale.io game in the following manner:

This game is an updated version of the classic flappy birds game you know. Many gamers are familiar with the way this game is played. Following are some of the features of the FlappyRoyale.io game:

FlappyRoyale.io is a fun-filled and amazing game, which makes the passing of free time an enjoyable experience. 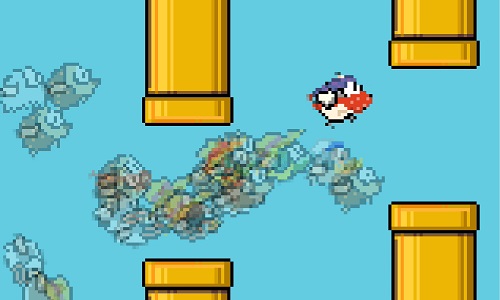