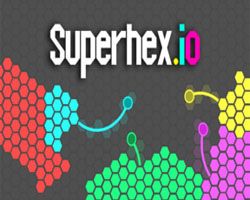 Superhex.io is territorial seizure .io game and very similar to the splix.io​. The aim of the game is to enlarge your own field as much as possible and get the first ranking on the leaderboard by earning more points. There are three ways to score points. The first is to seize the neutral zones, the second is to seize the territories belonging to the other players, and the third is to destroy the enemy directly. If you hit enemy while enemy is moving, you can destroy his entire territory readily. However, if the enemy hit you while you are moving, then you will disappear and lose your territory.

You should not get hit and defend your own territory to have the largest area. In addition, each player has different colors, so you can easily distinguish between your own territory and enemy territories. When you play superhex.io, you can observe ping status, rank and so on. You can destroy other players more easily by union with some players in the game, but most people prefer to play single because the purpose of the game is raising their own territory as much as possible.

How to Play Superhex.io

It is necessary to draw the part you want to capture with simple mouse movements as you play the game. With mouse movements you will have easier maneuverability compared to Splix.io. In addition, you can can see how many blocks and what percentage of the map you have. 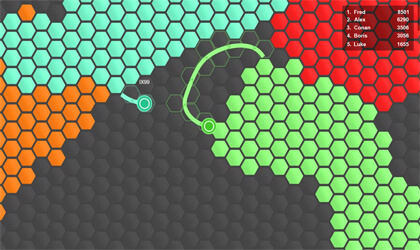