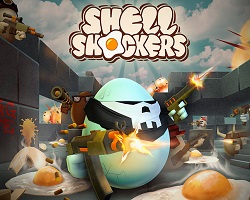 Shellshock.io game is one of the most interesting multiplayer shooter game, where you can witness angry eggs shooting massively their opponents – seeing eggs shoot has its own essence. Basically, it is a first-person shooter game, which depicts egg characters in a violent and forceful way. The aim of the players should be at the opponent, and ultimate destruction of the opponent must be the only motto of every player in the game.

This amazing game was developed by the Blue Wizard Digital. They could only think the devious face of the eggs! The developers have also developed other fun games such as Space Tyrant and Slayway Camp. As it is a real-time multiplayer game, which features battlegrounds with worldwide players, the enjoyment of the game maximizes! Real-time shooting has and destroying other players with in-game skills and rewards is one of the best things to do in the shooting game world.

There are three different game modes of the Shellshock.io. They are detailed below:

Free-To-play ShellShock.io Game Mode: This game situates you in front of every gamer; your life can only be saved by your game skills.

Team-Play ShellShock.io Game Mode: This is one of the most enjoyable game mode as you try to eliminate an entire egg-mates team with your team’s great endeavors and amazing shooting skills.

Capture The Spatula ShellShock.io Game Mode: This is another interesting mode of the Shellshocker.io, which is rather a twist on the popular capture of the flag mode.

The novice players may think that egg shooting may not be fun. But, hey Shellshock.io is really shocking and surprising. It has six classes of the weapons that draws attention and love of every gamer. Here are the six classes of weapons of the ShellShock.io:

Each weapon has its own unique size, range, force and accuracy. For instance, crackshot is equivalent of a rifle sniper. The way towards victory is the utilization of different skills altogether; only then the victory would be squeezed by the egg player. Players must understand difference between the weapons, and use them only when they are needed. For example, machine gun should be used for accuracy, while shotgun can be used for close range targets. Thus, egg players can increase their rewards and score highly in the game. ShellShock.io game is indeed the most fun-filled and enjoyable game. 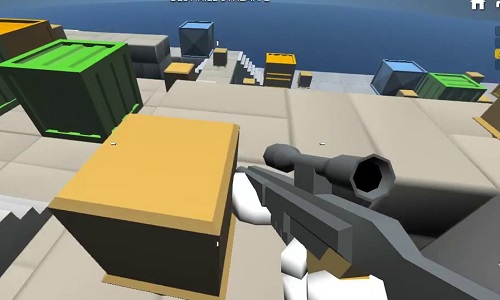