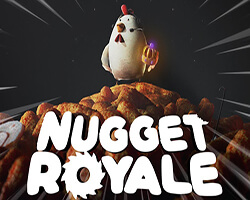 It is one of the most peculiar games available on the io platform, which offers users a great chance to turn their boring day into the most amazing, stupendous, and hilarious time. Yes, it is not fun to watch something as cute as a chick getting cut, but hey this is just a game and it is a lot of fun to remain the only surviving chick. There are some games that happen to brighten our mood, and it is one of those games. In the game NuggetRoyale.io you have to show that you are the strongest chicken and you can prove it as the last survivor in the game. The game is an io game where the battle for survival is experienced extremely high.

How to Play NuggetRoyale.io Game

You can move your character in the game by using WASD keys and jumping with the Spacebar key. Many players do not know the game keyboard keys, so you have to take advantage of the many rookie player availability in the game.

Upon winning, you will reach the No. 1 position on the leaderboard. You will also be rewarded with the golden crown – remaining till last is no easy though. It is really fun to play weird games, as it leaves us no choice but to get amazed, joyous, and happier and the surprised by each new weirder feature!

Following are some of the most amazing features of the NuggetRoyale.io game: 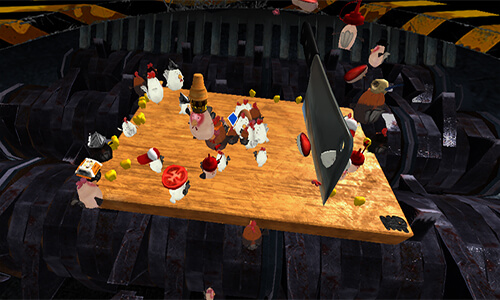