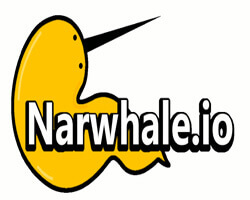 Narwhale.io is an exciting .io game. You pick a narwhale and try to pierce opponents narwhales without death. Players’ aim is entering into leaderboard which shows the best 5 players. The first player gets crown of the king that other people see during the game. You can level up depending on the fish that you killed. Passing level brings some additional skills to you compared to enemies. Therefore, your narwhale will stronger and more vigilant than others. The game offers some special skins and options to change color if you share the game on social media. There are different regional servers such as Europe, Africa, America, Asia and Austrilia. Thus, you can select server which has no lag related your connection. The game play’s key is only mouse which is divided into two functions. The left click increases the your narwhale’s speed and makes it ease to hit the enemies. Right click changes your way and defends your body from the enemies. Play Narwhale.io! 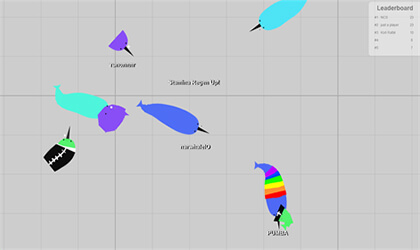