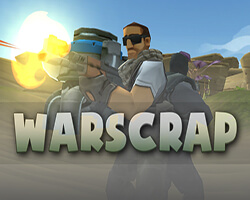 First person shooting games, or FPS games are always popular among many, and warscrap.io is one of them. In the game, you can get all kinds of 3-D elements, which make the game more interesting. You will get the feel of fighting on a real battlefield, just like other FPS games. Kill other players with a plethora of weapons, available within the game. Kill other players, and reach the top of the leaderboards. The game controls are easy, which can also be remapped from time to time.

As a game is three-dimensional in nature, you can find a number of issues, while playing warscrap.io. The problem is that most computers cannot handle 3-D graphics quite well. Keeping that in mind, you should make sure that you are having a system, with the minimum requirements. You should have a computer, having a processor of 1.3 GHz. You should also have a RAM of 2 GB, with all the latest graphic drivers installed. If you are still having trouble is playing the game, with the configuration given, you should upgrade your browser. At present, the game is supported on the latest version of all the popular browsers. Therefore, you can play this game without lag and other issues. 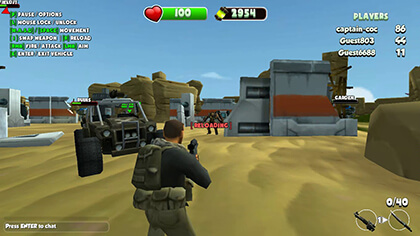