All the users who used to play games in their childhood days will like Powerline.io, as they have surely played the most popular game of snake, where, they had to follow a small dot, which was present as a food item, on the arena. The game of Powerline.io is a rejuvenated version of that game. It has better graphics, better controls, and surely, multiplayer in nature, which means, the user will be able to play the game with and compete with the rest of the users on the internet. The game has easy controls, and the objective of the game is simple.

The first and the most important thing is the controls. In the game, you will represent a piece of wire, which will hover throughout the arena. The player has to collect small wire pieces, which will increase the score of the player. The player can move in front, left, right, and towards the back. The user can use the up, left, right, and down keys respectively to move the wire, which is represented by the player. There are no other special controls of the game, and you can even use the controller keys to do the movements on various other devices. Basically, the mouse is of no use, while playing the Powerline.io game. 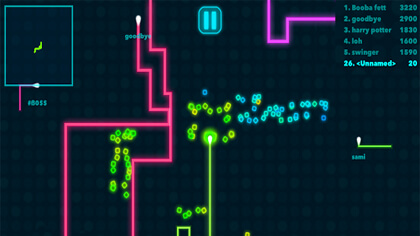