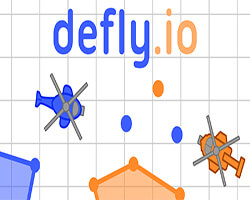 Flying a helicopter and getting dropped into unknown territory from which you try to save yourself and create a territory is what defly.io is all about. War is the new hype in the gaming world and the gamers are all coming up with new games and developing the old ones to keep up with the demand of the general mass. There are various games that have killing and ambush and wars and taking over and dominance in the game.

Defly.io takes all these features into account and adds on more features into it to make the game even more interesting. You can build your very own territory in the game and even fly a helicopter trying to save yourself and get rid of all other competitors.

Before you start the game, you have to choose the image of your helicopter. Later on you can start the game by selecting the appropriate game mode. There are two types of game modes in the vote: one-on-one combat and team play.

The main objective while you play the game is to build a territory. Flying an army helicopter is fun and demolishing your enemies too but the main objective of defly.io game is to build your very own territory and protect it from your opponents who will be trying with their full forces to demolish what you have created. Thus it is important for you to build a strong territory and create walls to safeguard it from your opponents.

If building the largest territory in the arena is your main objective and goal, it is important for you to take care that you demolish your enemies who are the already mentioned competitors of the game. Your army helicopter helps you in this pursuit of yours while you try to protect your territory from getting ambushed and demolished by other competitors. You will have to fly really high and be fast to stop them from doing so.

Defly.io should be played strategically if you want your territory to survive and crush the forces that has meddled into your territory. You can create walls and safeguard your area and even build towers and link them together. To close an area, you earn points and the walls save you from enemy bullets.

Defly.io is a fun game to play if you are into creating your own territories and saving them. You can win the game and even get upgrades if you play strategically. 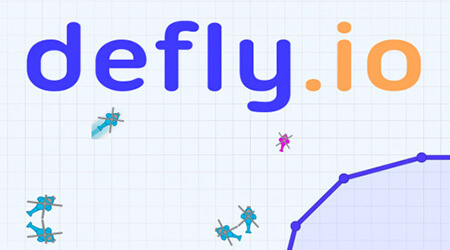