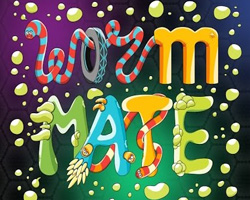 Wormate.io is a special .io game which is combining of famed Facebook game Candy Crush Saga and slither.io. The aim of the game is to get space in the top 10 list as you know. There are two ways to grow your snake that are collecting candies on the map and capturing enemies’ candies by killing them. When you play the game, you can see many candies such as cakes, donuts, ice cream, cookies, and so on. However, the growth rates of snakes are less than slither.io’s growth rates. Therefore, you need to eat more candies to increase your size quickly. There are some unique skills that give you different character powers. In addition, you can find the skill boxes on the map easily because the size of boxes is bigger than candies’ size. The game has a mini-map that eases to see your own location.

You can only play this game using the mouse. The game contains different languages such as French, English, Russian, German, and so on. You can play wormate.io with your mobile phone because it presents its game in Google Play Store and Apple Appstore. Finally, you should definitely play this game if you like to play games like slither.io. 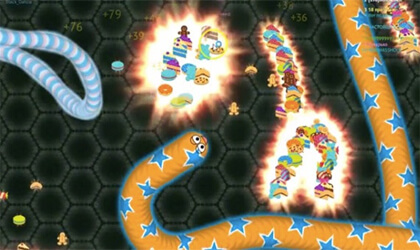