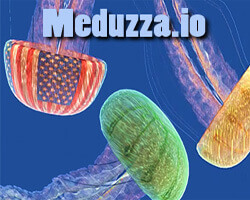 The io games have earned a lot of popularity in the last few months, and thus, the developers are always trying to develop games on the same platform. If you always wanted to become a jellyfish, you should play the game meduzzza.io, where you can transform yourself into a jellyfish and rule the sea. Similar to other io games, there will be a number of players in the arena, and you will have to keep yourself safe from the other player or jellyfishes available on the arena. The rules are quite simple, and you can easily be the master of the sea, once you grab all the tactics.

You will have to use the mouse to navigate the jellyfish to various locations within the arena. Just feed on the jellyfishes, which are smaller than you, but keep your jellyfish safe from the other jellyfishes, which are bigger than you, as the tentacles of those jellyfishes can be enough to kill you. Thus, the game is quite similar to a number of other io games, which have been released in the past. You will have to enter the nickname, to begin the game, just like a number of other similar games. 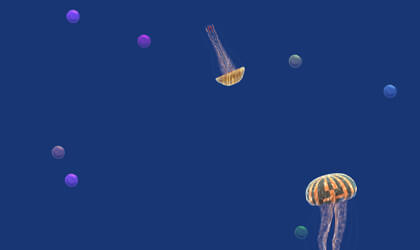