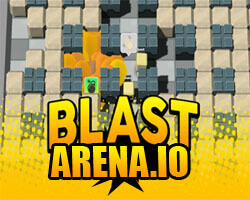 Blastarena.io is a classic bomb .io game. Players’ goals are to destroy enemies with bombs and win the game. Then, players will get points when the games are over. Players blow up the gray boxes with their bombs because people have to gain new features which are increasing the number of bombs, walking speed, and increasing bombs effects. Once you have settled your bombs, you should get yourself safe because your own bomb could kill you. Besides, some players can cooperate to kill you and you should be prepared for this strategy. The game offers us 3d graphics experience with sounds. In addition, if you are uncomfortable with the sounds in the game, you can turn off the sounds completely by pressing the volume button on the right side of the screen. Also, there are game servers in 3 different regions which are Europe, Us West, and East. At the end of the game, you can see your overall rank in the game. On the main page of the game, the top 100 players and scores are listed in the ranking section.

How to Play Blastarena.io

You can move your character with WASD and place your bombs with the Space key. 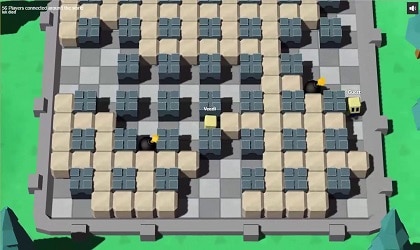