Spinz.io has a membership system and members can benefit from some privileges that are level up, earn coins and get free spinner skins. There are two game modes which are single and team games. The game provides to players locating their own place with a small map feature.

Playing a game is quite simple and practical for players of all ages. In the game, you must use mouse movements to move your fidget spinner. If you want to move your Fidget spinner quickly, you should hold down mouse left click.

The purposes for all players are to reach the highest score and the highest speed in the game. In order to reach these purposes, the players have to get some tactics. The most common tactic is the shoot and escape tactic used by the players. If the enemy is stronger than you, you will try to reduce its speed by hitting. If the enemy is stronger than you, you should use black holes to escape this time.
Thus, black holes will make your escape easier by increasing your speed. Moreover, you must interact with your teammates and make a team attack to enemies in team games. 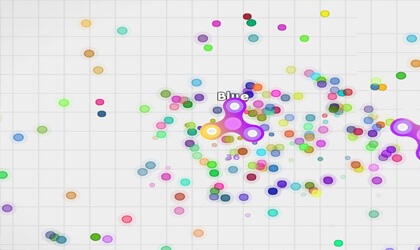