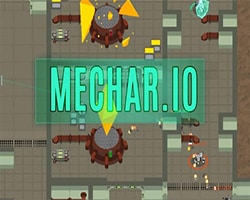 Mechar.io is the one of the popular robot shooting game. If you are fond of playing shooting games, but cannot play multiplayer shooting games for not having a fast internet connection, you should surely try out mechar.io, which is one of the best 2D multiplayer action games, which you can play. In mechar.io, players start the game as a robot character to kill enemies. There are different maps that players can play. Also, you will never be bored playing the game on your computer. The game resembles a ski-fi adventure game, and you can play the game, with just an internet connection, a keyboard, and a mouse, to control the movement of your character.

On visiting the website of mechar.io, you will get a screen, where you will have a number of options in front of you. There are two worlds, where you can play the game, the base, and the desert. The difficulty level is a little higher in the desert, compared to that in the base. There are three servers, where you can play the game, and they are European server, US server and the Australian server. The European server will be selected by default, but you can change the server, depending upon your requirements. You can also login to record your progress, and purchase other characters to play the game with extra fun. 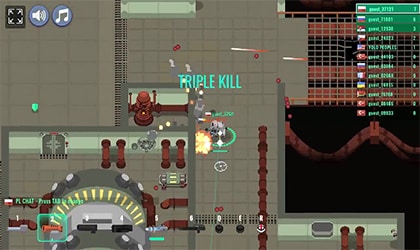