Brutal.io is a battle .io game with a car that is created by developers of wings.io. The aim in the game is to have the biggest flail, to reach the highest score and to have royal crown. There is a flail behind of every car in the game. With this flail, you have to destroy the opponent’s vehicles and strengthen your own flail. The game presents to players a small map feature and you can understand where your car is with this map. The game also has the feature to play on the same server with your friends. Thus, you can play with your friends by sending the link of the server. This game is also easy to play on your mobile phones. Games apps for Android users and iOS users are available in Apple App Store and Google Play Store.

You should try to make your flail as large as possible. To do this, you have to collect the energy around you. There are three ways of collecting energy. First way is producing energy fragments by hitting the circular energy masses around the map. The second way is to take other players’ energy by destroying them. The third way is to catch the energy masses moving around. There are two ways to destroy enemies. Besides, you can kill enemies by shaking your own flailto the right or left side. The second way is to throw your flail and call it from afar to destroy the enemies easily. Also, you can use some indentations and areas in the game map to defend yourself. Many players defend themselves by closing the entries in the middle of the game area. 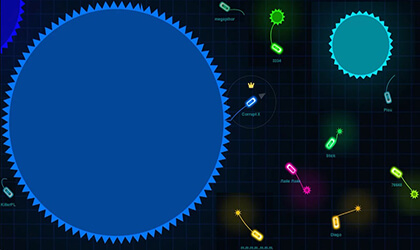